Dragons back on Gaya

Usually when we think about power, hindrances of patriarchy are released into our subconsciousness. Power from this perspective means power over people, Earth, women, resources, body. Being in power means taking advantage for own benefit without considering anything or anyone else. It takes us to dark areas of greediness, possession, control and manipulation. The core shadow of patriarchy.

I would like to invite us here to have a new understanding of patriarchy, not as a system of oppression women by men that creates even more resentment and hurt on both sides but a system of domination and control raised on fear. We all have the pieces of broken glass in our hearts. Probably we all could trace down examples in our lives when we do not trust, lose faith in people’s basic goodness, scared of the unknown of tomorrow, disconnect from wisdom of our bodies and sexuality. Yes, it is a part of human journey. Though the question arises what we do with this. What is our approach and actions we take or not take? Patriarchal answer to it, is to get rigid and follow the contraction. It is based of disconnection from love space that can be also called space of freedom, respecting other people’s sovereignty, taking care, kindness and pervading softness. Power over dynamic in patriarchy results in rape, abuse, victimhood, totalitarian system of control disguised in consumerism and democracy – control over feminine wisdom (that men can have an access to as well), pleasure, intuition, all what is irrational, spontaneous and joyful in its essence.

I believe that it is a good time to claim mature power back. We arrived to a point as humanity that can be a point of no return when we exploit and pollute Earth and its creatures so much that we are on the edge of self-destruction. We are detached from our bodies so much that we are willing to follow technology and body subjectification. We do not feel the full spectrum of experiences any more, thus we do not know what is possible for body, in sex, in life. We lost connection with the sacred tissue of life inside and outside to much of a degree. If we though still feel it, we can be overwhelmed by the scale of it. If we think about oneself as a separate individual, that we can fell inadequate and incapable of bringing any change.

It is possible to say stop, reflect and learn how to take adequate action from luminous space of love, care and freedom. We are courageous and conscious enough to start claiming back mature, masculine, penetrative power that is in connection with love space. When I use a word “masculine” it has nothing to do with gender and genitals. Women and men have this capacity to seed and initiate, open new spaces, create by conceiving. I refer to masculine in us also as a clarity of vision, insight, capacity to know when to take action and when to be present in silence, clear and direct communication, straight forward honesty, stating healthy boundaries, power of saying no and yes, penetrating world with new concepts and ideas.

Mature penetrative power of taking action is connected with love. And love has nothing to do with romantic feeling of “you and me forever together”. Even this marriage concept although it is misunderstood, it has potential to open us up. Love is a powerful and soft space of feeling and understanding interconnectedness. You and me in essence are one. Me and cutting down trees are one. Me and my enemy are one. Hurting anyone else, I do the biggest hurt to myself. When I disconnect from love space, closing eyes to possibilities of connection out of hurt and pain, I tap into feeling of not being loved.

To change our reality, first we need to change our perception and uplift our level of consciousness. Nowadays we are called to see and feel the damage and a possibility to manifest new reality. We need to allow heart to roar like a lion, to stand up for what we believe in, to bring the change, to be the change. We have capacity of being a healing biotope for our surrounding. Power can pervade from our hearts and be an agent of transformation. To make it happen, fire element dormant in our sexual bodies needs to be released and wisely directed. Other words riding a Dragon in a right direction.

We have many harmful stories in our collective psyche about Dragons. Usually they represent bad, destructive power that needs to be destroyed by a good knight in an armour. From Tantric perspective Dragon represent power of non-duality, embracing good and bad, life and death, masculine and feminine. It is also a power of fearless protection and powerful action. This power guards treasures. When we are ready it will be released like in a mythological story of first Avalon (before Lemuria) when wisdom flames of sacred union between feminine and masculine are guarded by Dragons and given back to humanity in a right time.

Let’s notice that Dragon symbols occur in many cultures though times and play important archetypal role, also in spiritual realms. Only (?) in Christian mythology Dragons are to be eradicated from Earth as evil. We should not be surprised though knowing what the same philosophy says about sexuality, body and women. Here, I am inviting us to look at Dragons as friendly power to be reclaimed wisely for the benefit of all. Let’s rise in love with Dragons as they are themselves the power of love and compassion.

Here I would love to share with you one of my favourite poems by dear spiritual friend, Bruce Lyon, poet and mystic.

Let me introduce myself
as if that was required
I am the shadow, the man in black
the darkness that’s denied
I am the number 13
I wear the hat that’s black
and you may no longer shame me
for I’ve been to hell and I came back
I stand for Job, for Jonah and for Judas
who took the bitter apple
when Christ said
“someone’s gotta do this!”
I stand for worms and snakes
all things that crawl and creep
for long-forgotten deeds
that surface from the deep
I am the child that reached for love
but reaches no more
the callousness of the criminal
the sullenness of the poor
I am all the things
that scream in dreams
the pain that – isn’t yours
I am the dragon who builds his lair
in the pit of your stomach
it is dark down there – and cold
no love descends into these depths
Ah but there is power there
I feed well on the bits and pieces
of yourself that you do not like
– don’t want others to see
and so push down into my domain
I feed and grow powerful!
Sometimes I lend you that power
at times of crisis or when the loneliness
gets too much – I break out
and when the crisis is over?
Gratitude? Forgiveness?
No! It’s back to my stinking lair
I see the horror in your eyes
“what this – a dragon in the kingdom ?
Send down a white knight to slay the foul beast “
And as I watch them come down the stairs to my cave – my heart sinks
So many have come with their shining armour and brights swords
and they cut and cut until their own blood runs in rivers
my cave is littered with their brave
and foolish bone​s
​
how I long for one to descend
not with armour and a sword
but with a latern and an open heart
For though I am the raven
I do not hate the dove
and yes, I chose the darkness
but I chose it out of love
See, I would give up my power gladly
become the dragon’s feet
beneath the golden throne
If your heart were only large enough
to welcome me
back home

What is a mature power in action?

This is what we all need to discover individually and collectively. How I see it, the base for it is a union of masculine and feminine within. It means, I feel what surrounds me and it hurts or evoke different emotions. Though instead of either mute myself not to feel it or taking a reactive action, I allow it to sink in. I need to have resources and capacity to change reality. I need knowledge and estimate possibilities. Though mostly I allow the silence and spaciousness into my reactiveness. Than power of wisdom can arise that I only need to follow, saying yes to it. Taking myself out of a way is of outmost importance – my fears, desires, will, likes, dislikes. Learn how to tap into flow of life, being a drop coming back to the ocean and allowing ocean to act through this drop – maybe being the final drop in the full chalice.

If you want to dive into this topic more, experience and release your mature power in service of heart, join Tantra retreat
“Riding the Dragons – Sacred Union of Dakas and Dakinis” facilitated by Estera Saraswati with team for singles and couples 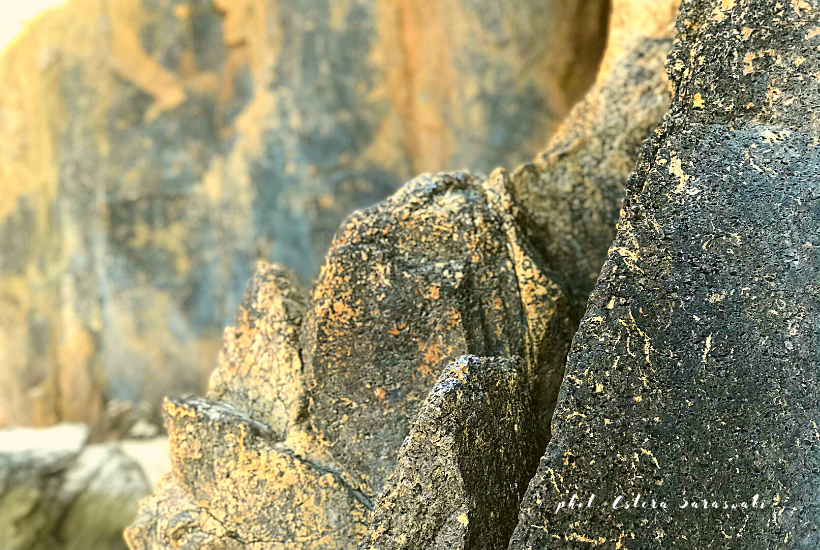